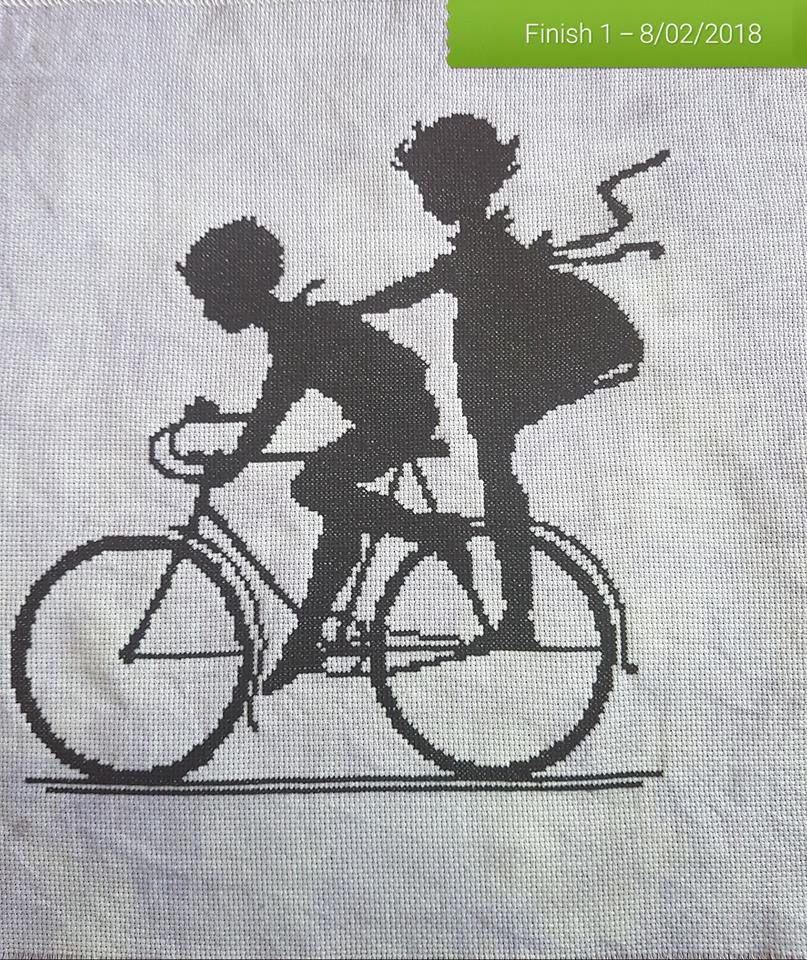 It’s clear that blogging is not for me – my last post was to wish you a Happy New Year and January had already passed. In my defence I have a pretty good excuse – I created a whole new person. Much of February was a blur, as I literally waddled around in a lot of discomfort and it was too hot to work with yarn – something I didn’t think I would ever say. I did cross stitch through and finished two little projects. 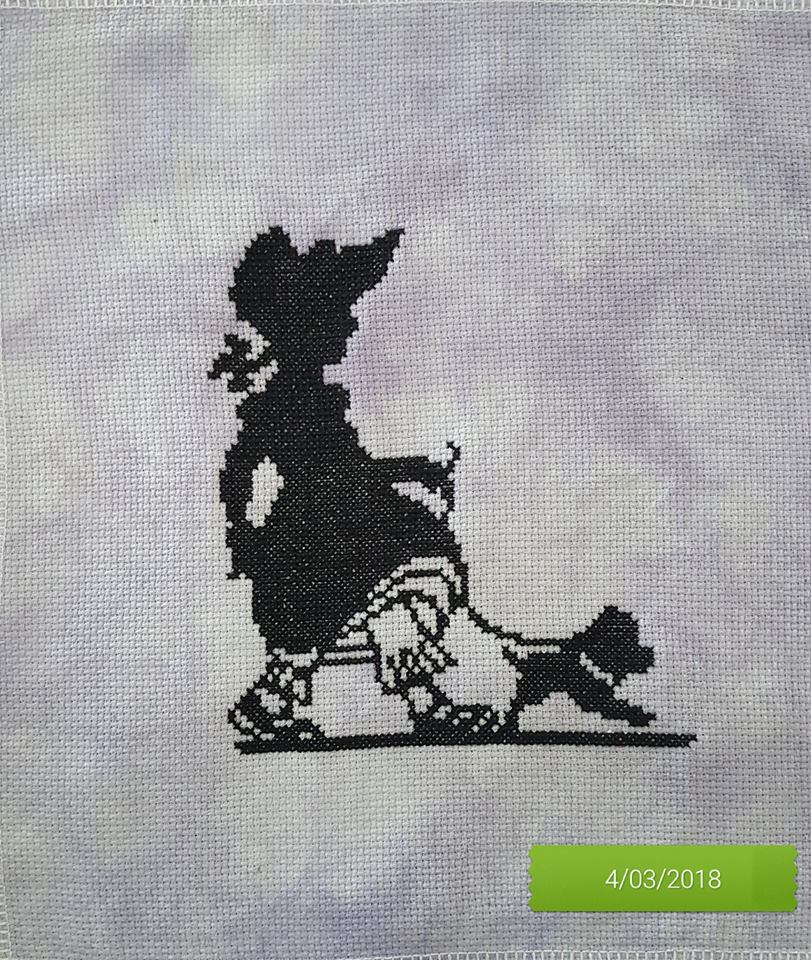 Our little angel Atalia arrived on 9 March a week later than planned, because my doctor was away – I was convinced I would go into labour, so had my bag packed well in advance, but she obviously enjoyed being in mum’s tummy, so she waited it out, but gosh she was an active baby, her movements literally left me breathless. I am super proud of my efforts with Atalia. She was breastfed exclusively for 3 months, and I was convinced I could carry on for at least 6 months. Unfortunately her very refined palate would not allow her to drink milk that had been frozen and defrosted, so there went those ideas of expressing and freezing, so we introduced formula. She is doing well and is generally a happy baby. All I can tell you is breastfeeding is a full time job, so very little crafting took place during this time. She also doesn’t sleep much during the day, so I was exhausted all the time – Would I change anything though? No – not a chance! 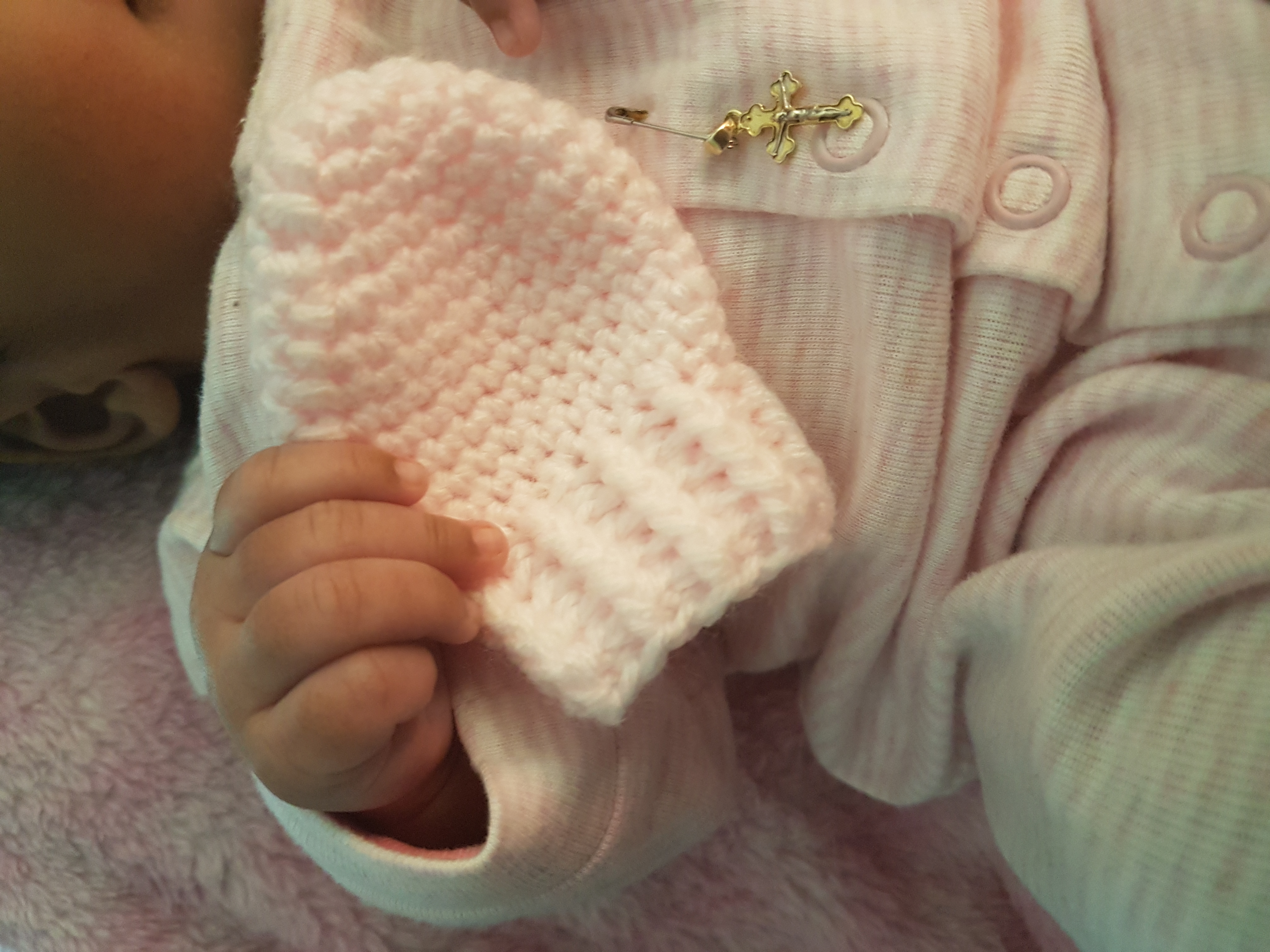 I did however, manage to make mittens that stayed on and without holes for little fingers to get stuck in. You can find the patternhere. I think these would be great for charity project – all too often we focus on booties – I found we didn’t even need a single pair, as the onesies she spent the almost the entire first 3 months in, kept her toes pretty snug and warm, but gosh those little hands were constantly frozen and those tiny sharp nails, which despite my best efforts to keep short were constantly reaching out the scratch her face. 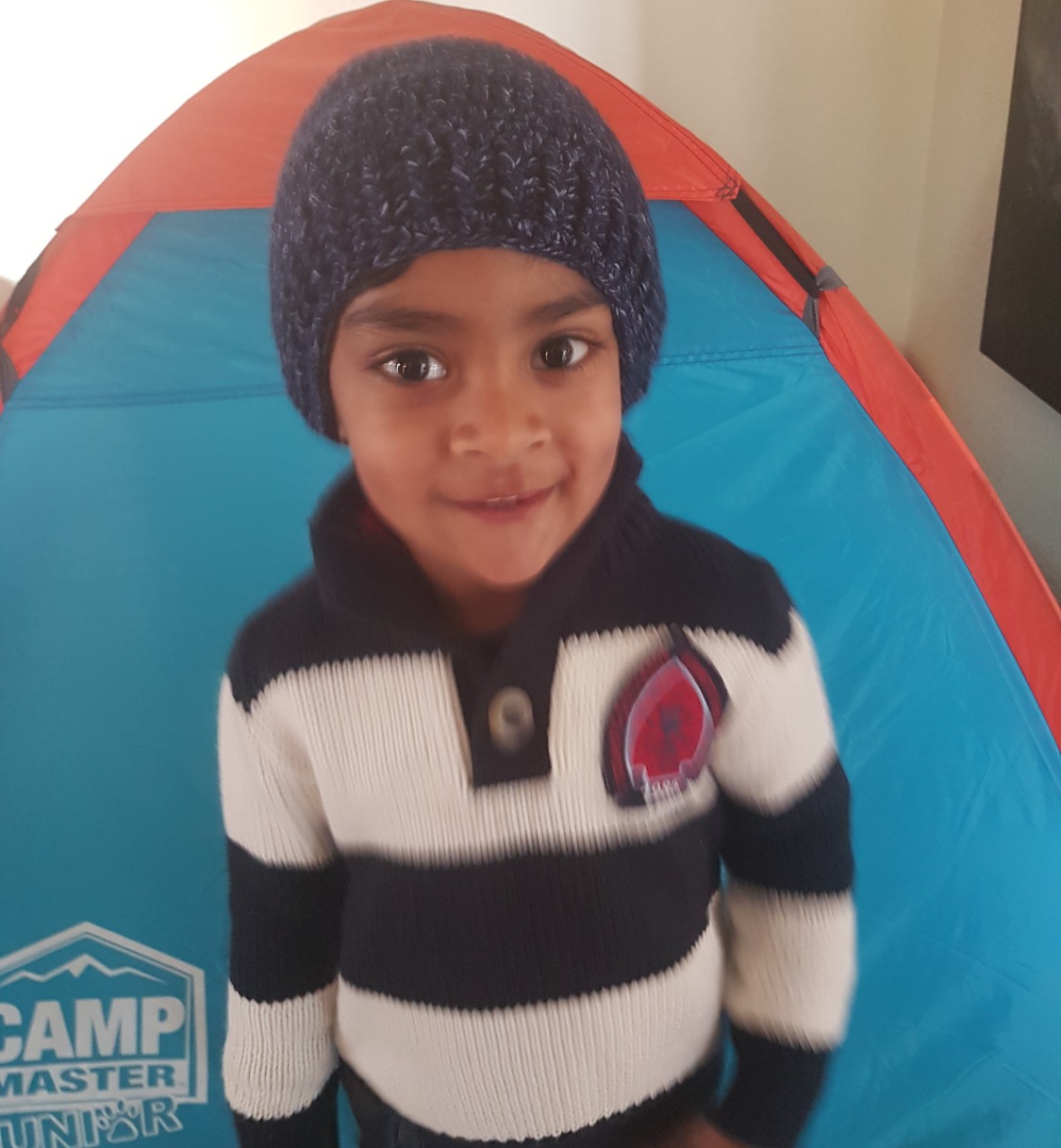 Matthew wasn’t forgotten in all of this, he decided that suddenly he needed to wear beanies because Rejoice our helper (and his best friend) was wearing them, so I starting frantically making them and of course he insisted on Rejoice having matching beanies. In the absence of a pattern I whipped one up one morning before school measuring and adjusting according to the size of his head. It took me forever, but I managed to write the pattern all 24 rounds and upload it. You can download it from here. This is another great one for charity, as they are so quick to making without any complicated stitches or shaping. 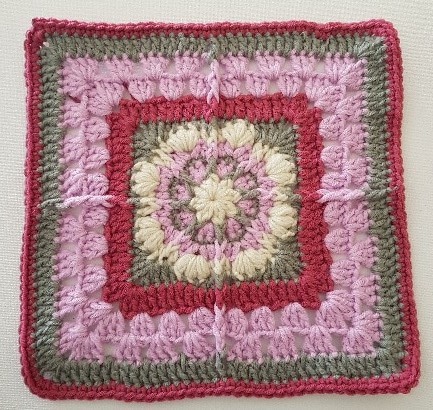 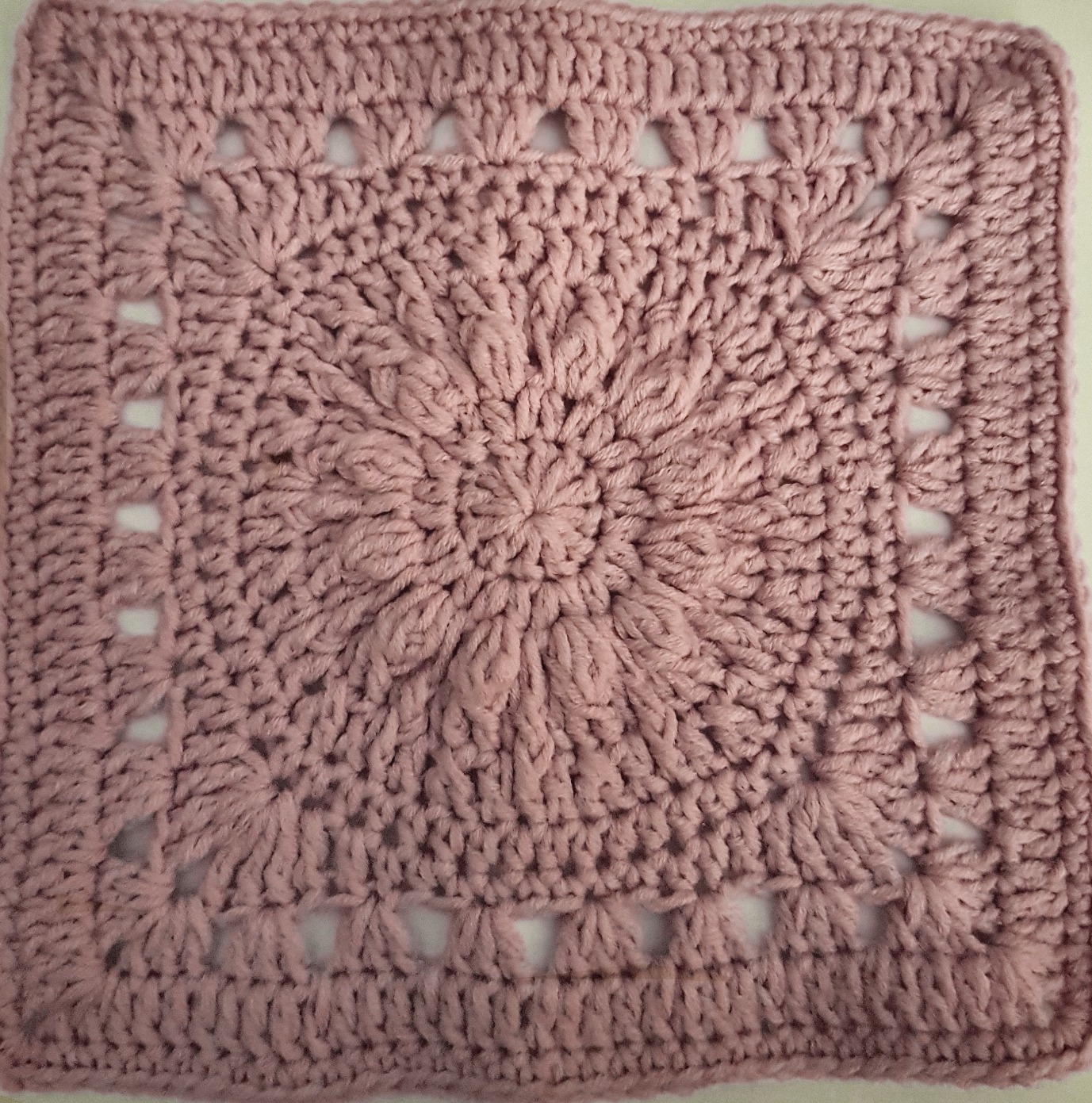 Prior to Atalia arriving I created Joanita’s Compass Rose – named such, because it used all the maths (a critical aspect of designing) from Joanita’s Crochet a Block Afghan 2017 Crochet Along (CAL) which you can find here. This was exciting as a Square a Week Challenge members helped to name the square and Joanita herself picked the winning name. I also updated the Nessa square to be the same size as the Joanita’s Compass Rose – also for A Square a Week Challenge. You can download that from here.
I was also hoping during my 4 month leave to update my “IN THE KITCHEN” page on the website, but fast realised that I was too optimistic. I will be working on this over the next few months, there are lots of recipes (both cooking and baking) that I would love to share with you. For those of you who are working moms and really want to avoid going out at lunch-time to get a takeaway meal, because you just didn’t have time to make something – you make be interested in what’s in my lunch-box each day – super simple, yet healthy nutritious meals that includes your required portions of protein, starch and veg. I still have to get back to my pre-pregnancy weight and still lose much more to be at my goal weight. Since starting my packed lunches on Monday 2 July, I have already lost 2kg – of course I also watch what I eat for breakfast, snacks and dinner too – the struggle is very real and it takes a lot of commitment and willpower…there is no easy solution. I refuse to buy new big clothes so I am working exceptionally hard to be able to fit into my pre-pregnancy clothes. Going shopping for smaller clothes would be a huge bonus.
Are we all caught up now? I think so. I have been a bit obsessive over crocheted baby shoes, but will tell you more next time and also provide all the links to the original patterns. If you follow me on Facebook then you have more or less seen what I am up to these days.
Until next time…Create, Craft and Inspire…
Best wishes
Kogi
Category: Uncategorized
Next Post
Previous Post
No comments